Kinew Housing was incorporated in Winnipeg in 1970 by a small group of people concerned about the availability of decent affordable housing available to Aboriginal people in the city. The first homes were purchased with private sources of funding by Kinew and were rented at cost, it was apparent very early that this would not be sustainable. Funding was eventually made available through housing programs from CMHC. 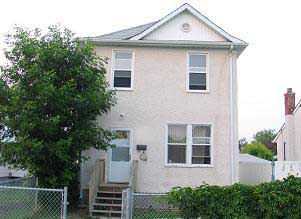 During the beginning Kinew purchased older homes and repaired and renovated them. Kinew developed training programs and began to do the work required themselves. This also helped to keep costs down. Kinew continued to buy older homes until the mid eighties when we began to buy newer homes that required less repairs and renovations.

In 1993 the Federal government and CMHC ended the social housing programs including the Urban Native Housing Program. The result of this decision was felt almost immediately. This country had homeless before this decision but after it became epidemic. There were many public protests throughout the county, it was clear that something had to be done but the government has not renew a social housing program. It was not long before decent affordable housing became harder to find, the demand far in excess of the supply. Houses became derelict and were boarded up removing them from the market. Houses were being demolished and were not being replaced. Older neighbourhoods in Winnipeg were becoming wasteland, houses were often the targets of arson, lowering property values of the houses around them. People have been crowding in with others in what only could be called slum housing.

The response of the Federal government to deal with homelessness was to develop programs to build sustainable shelters. There was still no move to subsidized housing. The next thing that was done was to provide “affordable” housing. New houses were built and sold to qualifying families. Affordable housing programs are not affordable for families on low and fixed incomes. Rents and utilities of present affordable housing programs are $ 750 per month, when families with average incomes can afford $ 450 per month, families receiving social assistance have less money from their budgets for rent.

Kinew has built 20 new homes that use Rent Supplement from the Province of Manitoba. This program is supposed to expire in 15 years. These homes rent for 25% of the tenant’s income. This has been a step in the right direction but it is still not real subsidized housing.

The Government of Canada with CMHC must reintroduce social housing programs to avoid a major housing crisis in this country. At the same time it must protect the existing programs by extending operating agreements currently in place.